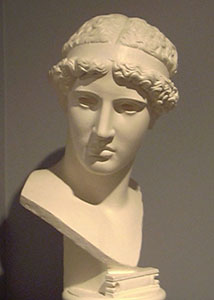 Dr. Fox earned her Ph.D. in Comparative Literature from U.C. Riverside with specialties in Religious World Literature, Critical Theory, Film and Visual Cultures, and the Classics; in addition to an M.A. in Theological Studies from Bethel Seminary specializing in biblical hermeneutics (interpretation), theology, and Hebrew, and Greek and another M.A. in Poetics from New College of California, San Francisco. She has edited over a dozen academic manuscripts related to biblical, theological, and women’s studies.  With the late Dr. David Noel Freedman, she wrote What Are the Dead Sea Scrolls and Why Do They Matter? and the graphic novel for young adults, Holy Scrolls.  She has numerous academic publications and conference presentations on literary works by Nietzsche, Virginia Woolf, Willa Cather, and Emily Dickinson.  Her dissertation, A Poetics of Time in the Modern 24 Hour Text, is an interdisciplinary analysis of the stream of consciousness phenomenon in Modern novels by James Joyce, Virginia Woolf, Malcolm Lowry, and Solzhenitsyn, and her sequel, A Poetics of Eternity, is in progress.  Also in progress is her critical analysis of Krzysztof Kieślowski’s 10-part miniseries, The Decalogue.  Under contract is her manuscript, The Bible as Literature, a work combining structuralist and poststructuralist as well as psychoanalytic, feminist, Marxist, and deconstructionist readings in the spirit of midrash and building on the pioneering work of Bible scholars including Phyllis Trible, Elisabeth Schüssler Fiorenza and Elaine Pagels. She has studied in universities around the world including Israel, Germany, and the Czech Republic, and taught at SDSU for the past eight years, after leaving tenured positions in Arizona and the Czech Republic.