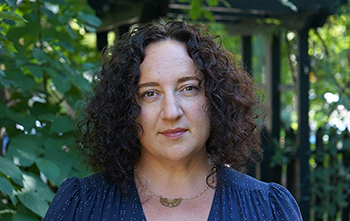 Rebecca C. Bartel is an Associate Professor in the Department for the Study of Religion and Associate Director of the Center for Latin American Studies at San Diego State University. She is also holds the Fred J. Hansen Endowed Peace Chair (2021-2023). Bartel is an anthropologist of religion and political economies, and her research traces the entangled realms of faith, capitalism, and systems of structural violence throughout the Americas. Her first book, Card Carrying Christians: Debt and the Making of Free Market Spirituality in Colombia (University of California Press, 2021) is an ethnographic account of the relationship between Christianity and credit, and the aspirations of everyday Colombians to generate prosperous and peaceable futures despite the debt they might incur, and amid ongoing violence. This work details the debt upon which the Gospel of Prosperity rests and traces the Christian morality that underwrites financial capitalism. Rooted in 20 years of professional and research experience in Colombia, Bartel considers how systems of belief and structures of capital evoke a financialized subjectivity and stymie broader efforts at forging peace. Building on her work in Colombia, Bartel is currently working on a new project that extends the analysis of religious worlds embedded in political and economic structures to a transnational panorama. The project considers the borderlands of faith, aspiration, and debt as they traverse the Americas in the future worlds constructed by the migrant imagination. For example, Guatemalan farmers selling their land on faith and religious constructions of "promised land" and the "American Dream" sustain discourses of pilgrimage on the migrant journey. This project considers the religious worlds embedded in aspirational futures, towards economic liberation and reformed immigration systems, and the systemic violence of border imperialism.

Previous research has considered the political economy of Colombia’s armed conflict, the Christian morality that supports political processes of forgiveness, as well as the effects of extractive industries on human rights and peacebuilding in Colombia. Professor Bartel’s research has been supported by the Social Science Research Council, the Social Sciences and Humanities Research Council, the Canadian Government’s Department of Foreign Affairs and International Trade, the Research and Solidarity Extension Fund of the National University of Colombia, and the W. Garfield Weston Foundation.

Professor Bartel received her B.A. from the Canadian Mennonite University (Theology, Music, and Political Science), her M.A. from the Colombian university, Los Andes (Political Science) and her Ph.D. from the University of Toronto (Anthropology of Religion/Diaspora and Transnational Studies). She lectures on the anthropology of religion, anthropology of Christianity, religion and political economy, method and theory in the study of religion, religion and social justice, and Latin American and Latino/a religions.

"Classifying Capital: A Round Table." Co-edited with Lucia Hulsether. Journal of the American Academy of Religion 87(3):581-661.

"Bordering the Kingdom," in The Kingdom of God Has No Borders by Melani McAlister: A Book Forum. The Immanent Frame. August 16, 2018.

"Confession and the Anthropology of Forgiveness." Journal of Latin American and Caribbean Anthropology 24(1): 145-161.

"Giving is Believing: Credit and Christmas in Colombia." Journal of the American Academy of Religion 84(4):1006-1028.

"Underestimating the Force of the New Evangelicals in the Public Sphere." The Immanent Frame. November 15, 2016.

An interview with NYUs, "The Revealer" on Credit Card Christianity, Debt, and Violence in Colombia.

An interview on the podcast, "This is Hell," - Do You Believe in Financial Resurrection? Faith and Debt in Neoliberal Colombia.