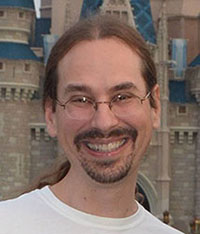 Brad Kirkegaard earned his B.A in Comparative Religion from Harvard University and his PhD in Study of Religion from the University of Pennsylvania.  He has been lecturing in the Study of Religion Department at SDSU since 2008.  Prior to coming to SDSU, Dr. Kirkegaard was the Coordinator of UPenn’s Program in Universities, Communities of Faith, Schools and Neighborhood Organizations and before that he worked as the Research Assistant of the Millennium Collection held at the Annenberg Rare Book and Manuscript Library at the University of Pennsylvania.  Kirkegaard’s research interests include: early Christianity and other Hellenistic religions; Biblical and para-Biblical literature; and the archaeology of religion, specifically the Christianization of formerly “pagan” sacred space.  He has published several articles in the Journal of Lutheran Ethics on various social issues in early Christianity (see links below) and encyclopedia entries on topics such as temples, the Testament of Job, and Male-Female Sexuality in the Roman World.  He serves as the Vice President and Program Coordinator of the San Diego Society of the Archaeological Institute of America  Kirkegaard is currently working on a monograph exploring the changing religious landscape of Aphrodisias in Asia Minor (modern Turkey). He regularly teaches Exploring the Bible and Women in the Bible.